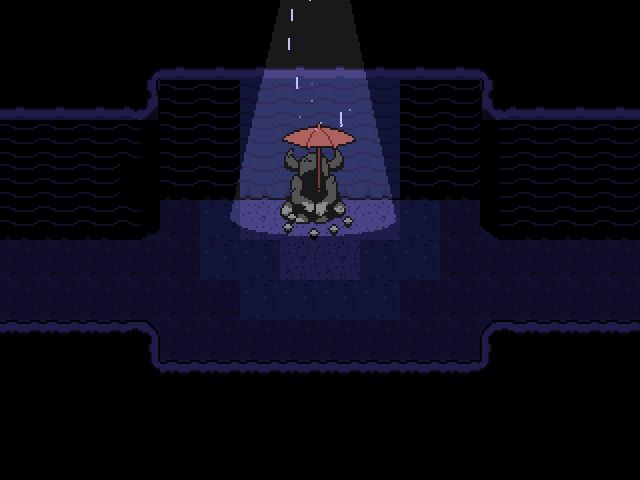 Chances are, most gamers nowadays may have heard of Undertale. After all, it won GameFAQs “greatest games of all time” contest and beat out games like Ocarina of Time and Final Fantasy VII. Some may argue that the victory doesn’t count because it most votes came from Tumblr users who don’t frequent GameFAQs, but it does not change the fact that it was always intended as a popularity contest and that every vote was from an individual who thought it deserved to win. So yes, it did in fact prove that Undertale is very highly regarded in the gaming community.

Keep in mind that this was all for a game created in Game Maker and that did not even have a press kit when IGN approached Toby Fox. So no this is not the same as some crap like game publications proclaiming a multi million dollar AAA title to be the Citizen Kane of gaming within a minute of putting the disk in the console. The only boost that Toby Fox got with Undertale was a successful Kickstarter campaign, and regardless of how one feels about Kickstarter, this shows how good it can be when used correctly.

What really is the best thing about Undertale is that it shows how people are starting to realize that the greatest games are not always the most expensive or graphically impressive. Normally when a game like Undertale comes out, it ends up being ignored and forgotten in favor of current products of their time. However, Undertale blew up in popularity to absurd degrees and it ends up being one of the rare instances where I can say that it is deserving of all of it.

The story of Undertale is often said to be one that is best experienced with no clue what to expect. I will say that this is an accurate statement for the most part, but I suppose saying that will not make for a very informative review so I do plan to give my own usual analysis, spoiler free of course.

The main story stars an unnamed human child who falls into the Underworld, a world full of monsters. Unlike what one would expect the monsters are not evil and most of them are genuinely nice and memorable. In fact there are only a few characters in the game that I can say are genuinely evil and saying who they are would be a big spoiler.

The key selling point in Undertale was always that you don’t have to kill anyone. It is possible to go through the entire game without killing a single enemy, including bosses. Bosses usually tend to have elaborate processes you need to follow in order to spare them similarly to how one would fight them.

That adds yet another factor to what really makes this game great; it’s sense of personality. I have heard a lot of indie RPGs that have been compared to EarthBound; oftentimes without warrant to them. Yes they may be quirky but they don’t always contain the depth and feel that EarthBound does. Undertale is an exception to that rule and it pretty much nails all of the best parts of EarthBound in its presentation.
The same style of corny humor and characters, its references, and just its psychedelic and unique feeling to it pretty much makes this feel like it may as well should have been Mother 4, and now that means that fan game has even higher expectations put towards it.

The reason I say that Undertale feels like Mother 4 is NOT because it tries to emulate Mother and does not improve upon it. It is the exact opposite; because it DOES improve upon Mother 3 and is different from both Earthbound and Mother 3 yet has the same basic feeling as them. It improves on them in the way a sequel should theoretically do so; only Undertale is much more of a spiritual successor than anything.

Undertale is a game that pretty much gives off personality in almost every aspect of both its story and its design. It is also the type of game that you cannot play through just once given as how widely different things will change based on minor choices. Undertale is not just a game that relies on having everything be exactly the same except for the ending. Instead the story itself is switched up and some routes will feel like completely different games. You also have several cameos and hidden lines of dialogue that people are still finding out new things about it months after its release. To say that Undertale is a deep game would be a severe understatement.

The presentation in Undertale is also another very impressive accomplishment. In a graphical sense Undertale may not be special; it IS an indie game after all. However it is brilliant in an artistic sense. The backdrops and character models are well drawn, the attack animations look fluid, it even uses the monochrome retro styled battle screen for great atmospheric effect while subverting it to even better effect later on.

There are certain aspects of this game that make me wonder how the hell this was coded in just two years when I’ve seen other projects with similar staff numbers that take way longer to complete? Maybe it had something to do with the Kickstarter donations, or maybe it was due to having more man power, or something I don’t know but this normally seems like the kind of thing that takes over five years for just a few people to achieve. It is even more impressive that some things, specifically the neutral final boss, were accomplished in Game Maker of all things; and to think I thought Spooky’s Jumpscare Mansion was an impressive Game Maker creation. Then there is the subject of the music which is just flat out amazing. I cannot think of a single track in this game that I didn’t like and they all gave off this amazing atmosphere from start to finish.

The battle system in Undertale can be described as a mix between a turn based RPG and a bullet hell shooter. You get your turn to attack an enemy, and then you move your character icon in order to dodge enemy attacks and you take damage for each time you get hit. They could have stopped there, but instead Toby Fox went all out with this battle system and had several moments where the gameplay during these sequences outright changes mid battle. Sometimes it turns into a platformer where you have to jump over attacks, sometimes you need to block bullets with a shield, and sometimes you will need to play what is essentially a game a Frogger to avoid a giant spider that is chasing you. Some battles will even have you attacked while in the menu’s. The complexity of Undertale’s mechanics is simply insane and it must have been absolute hell to code them.

Above ground, there are some light puzzle elements that go into exploring your surroundings in order to keep things from being empty, but I suppose it is also possible to nitpick that the game is kind of linear and that it mostly consists of just walking in a straight line ala Final Fantasy XIII. One can also say there is a lack of difficulty outside of the genocide route, but I honestly found myself way too engaged through all three of my playthroughs to even notice that much.

Undertale is a true work of art. There are very little flaws with it and most of those flaws are nitpicks. The closest thing to a major flaw I can think of is that it feels like the game jumps the shark a bit during the genocide route, but if the worst I can say about a game is that a route the game actively discourages you from taking is kind of off, then that is a serious sign of accomplishment. Undertale is pretty much a must play game. Insecurity regarding some fans of the series should not be enough to deter you from one of the greatest games of all time.

I do think there are a few criticisms I have since come up with towards Undertale since I wrote this review. I consider this among one of the best games I have ever played of course, but I do admit that a lot of what I hold in high regard is the story. Gameplay wise, Undertale is a bit on the easy side and there is little serious challenge that isn’t self imposed. There are the two genocide boss fights but I do kinda wish there was a bit more engagement in regards to the battle mechanics aside from those two fights… and that you wouldn’t need to kill all your friends and undergo hours of tedious grinding to fight them.

Also I have found the ruins to be a very slow area upon repeat playthroughs, which can get rather annoying considering this is a game that emphasizes multiple playthroughs to begin with. It’s not the worst intro I’ve seen to a game but it would have been better if it moved along quicker.

Graphics wise I think the game is pretty solid during battles. On the overworld there are some areas that look great and others that are dull and boring looking (like the Ruins). I also feel like the MC’s sprite could have used more work. Compared to every other sprite in the game, hir sprite just looks weak and basic.

I didn’t go quite as in depth with this review as I did with other reviews at the time. The main reason for that was because I was going through writer’s block and was dealing with motivation issues. But upon re-reading this review it is better than I remember. Just figured it was about time I put this review up since I am constantly mentioning the game.

But either way I encourage anyone who hasn’t played it to do so as opposed to listening to these 4chan cretins who hate it because Tumblr likes it. There is a reason it’s become as popular as it has, and I highly suggest you all see for yourself.

This review was originally posted to GameFAQs on September 15th of 2015 and has since been re-edit with enhanced Presentation.