Chances are, most gamers nowadays may have heard of Undertale, especially if they frequent this site. After all, it won the sites “greatest games of all time” contest and beat out games like Ocarina of Time and Final Fantasy VII. Some may argue that the victory doesn’t count because it most votes came from Tumblr users who don’t frequent GameFAQs, but it does not change the fact that it was always intended as a popularity contest and that every vote was from an individual who thought it deserved to win. So yes, it did in fact prove that Undertale is very highly regarded in the gaming community.

Keep in mind that this was all for a game created in Game Maker and that did not even have a press kit when IGN approached Toby Fox. So no this is not the same as some crap like game publications proclaiming a multi million dollar AAA title to be the Citizen Kane of gaming within a minute of putting the disk in the console. The only boost that Toby Fox got with Undertale was a successful Kickstarter campaign, and regardless of how one feels about Kickstarter, this shows how good it can be when used correctly. END_OF_DOCUMENT_TOKEN_TO_BE_REPLACED

Note: This was originally written as a DeviantArt journal entry on October 21st of 2016 with some edits made.

It is about time I get to another entry on a video game song given how long it has been since the last one. As such, I’m going to structure this one similar to when I covered the eight melodies in that this will include multiple renditions of the song across multiple sources. Of course, some people who discovered this song through Undertale may be somewhat surprised to hear that it was not originally from there. It’s first appearance was in an Earthbound romhack that Toby Fox developed when he was 16 known as “The Halloween Hack“.

Halloween Hack was pretty impressive when one keeps the context of which it was made in mind. It is a game that has a lot of its own original content such as sprite work and music, and the game even makes use of mechanics that were under utilized in Earthbound. So it was definitely a well made Hack from a technical perspective, but other than that it falls flat. END_OF_DOCUMENT_TOKEN_TO_BE_REPLACED 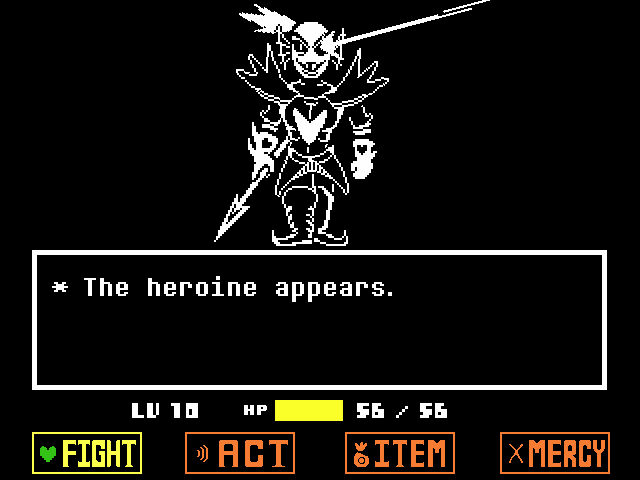 And it’s time for me to shill for Undertale again… sort of. Really I’m just revamping another one of my old DeviantArt journal entries. Previously, I mainly covered “Battle Against a True Hero“ but I would like to cover all of Undyne’s themes these time. Note, I’m not talking about just her battle themes either. I’m never the one to leave any stones unturned after all.

Undyne is definitely my favorite character from Undertale. What is there not to like about a lesbian fish woman who loves violence and anime? Hell she actually somewhat reminds me of a certain someone I know IRL. I won’t say who, but just know that if I compare you to this person then you’ve already won me over. Anyway, let us get started.

END_OF_DOCUMENT_TOKEN_TO_BE_REPLACED

Note: This article was originally posted as a DeviantArt journal entry on December 30th of 2016, and has been revised and edited. I add this to make not that 2016 for me, like many others, was a very depressing and soul crushing year. I played Undertale for the first time at the start of the year, but later went back to it amidst the stress of the election, and it helped me immensely. Thus, this game has a very special place in my heart, and this is likely my favorite track from the game, which is really saying something.

Yes, I am covering something from Undertale as an Amazing VGM for the third time, and I see no reason not to. Playing Undertale was one of the few good things I could salvage from this horrible year in terms of personal experiences. It was a game I enjoyed so much that I played it 5 times this year, when I rarely ever replay games at all nowadays due to my enormous game backlog. And it’s soundtrack is the best I have ever heard in gaming, period. It shows something when there are so many amazing songs in this game, that something like Reunited does not catch nearly as much attention as them.

END_OF_DOCUMENT_TOKEN_TO_BE_REPLACED 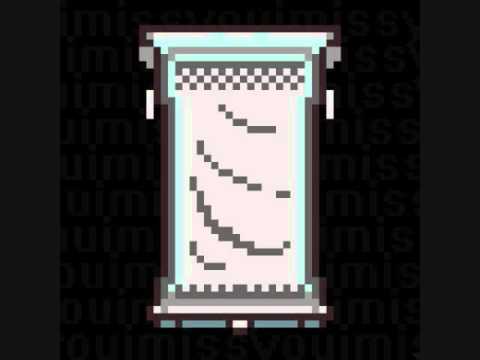 Yes I know, I shill for Undertale way too much in Amazing VGM… and in general to I suppose, but mostly in amazing VGM I suppose. But aha, this song technically isn’t from Undertale so I can still make this one anyway. To clarify, this track is not from EarthBound either, nor is it from Halloween Hack, or LISA, or Contact, or Citizens of Earth, or Yume Nikki, or Opoona, or Off, or Boot Hill Heroes, or any other number of EarthBound clones out there. It is related to Earthbound in that it is part of the EarthBound fan album I Miss You – Earthbound 2012 that Toby Fox was involved with and it uses EarthBound’s sound font, but it has not been used in any official release as far as I know. I do hope that Toby does use it in a future project though because this is an amazing track.