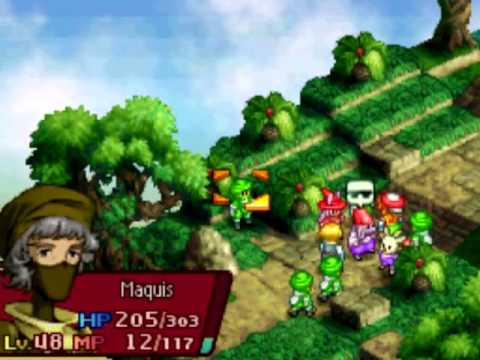 Get all your Undertale references out of the way now because lord knows this blog has enough of them as it is!

Many of the Final Fantasy spinoffs tend to be overlooked. Most of us are looking for the best of the best when we seek out new games, and thus most would assume that the mainline entries are better than the spinoffs. When a series has been milked as much as Final Fantasy has, you know that the games that aren’t numbered entries may be forgotten in the conscience of the mainstream gaming community. I mean sure the first Final Fantasy Tactics is remembered as a classic but you don’t hear as much about the two sequels; Tactics Advance and Tactics A2: Grimoire of the Rift.

Tactics A2 I also like, but its story wasn’t anywhere near as good as either of the previous games. Instead A2 simply had a butt load of side missions and quests to go after. I put 200 hours into it when I last played it lord knows how long ago, yet I am not familiar with the Duelhorn sidequests that this piece plays most prominently during. I instead remember this playing during the fight with the hand coming out of the portal, where the music made me assume was the final boss.

Could you really blame me with how strong this track is? Those strings in the first half in synchronization with those percussive beats creates an addicting and memorable intro that is unlikely to leave your head any time soon after hearing. The second half is overwhelmingly heroic and valiant. The harmonization is perfect and there is such a strong power and energy to it. The blaring horns bring to mind the idea that victory is near and that one just needs to charge forward and endure it a little bit longer.

The orchestration and the arrangement is simply brilliant. The melody is heroic and thriving yet the percussion and the lower pitched horn notes towards the end still convey the hardships of battle. That this is NOT an easy struggle. It tells you that your4 enemies are strong, but you are stronger!

I really need to play the Final Fantasy Tactics Advance games again… and I should probably play the original to. Anyway see you all next week.

0 thoughts on “Amazing VGM: Determination (Final Fantasy Tactics A2: Grimoire of the Rift)”