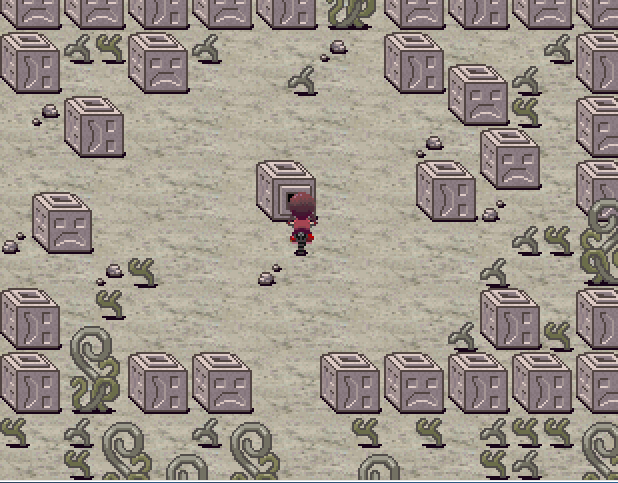 There are certain games that I hear mentioned a lot as being “inspired by Earthbound/Mother.” Among these include games like Undertale, Off, LISA, Contact, Opoona, and the subject of this review; Yume Nikki. I have had a bit of an on again off again relationship with this game kinda like those ones in bad sitcoms where they try to pad out the drama across multiple seasons. Needless to say, I just didn’t get it at first. However, I decided to finally finish it up recently and I still don’t get it. Okay technically, I kinda understand why people like this game, but it didn’t do much for me personally.

Yume Nikki has often been described as Eraserhead in RPG Maker. For those that don’t know what Eraserhead is, it is an art house film directed by David Lynch that is known for being highly disturbing and also difficult to understand. It tends to be a case of “you either get it or you don’t” and if you don’t get it, you have no idea what the hell is going on. Yume Nikki has also been compared to LSD: Dream Emulator fairly often in that both of them are based around exploring surreal dream worlds.

The main premise of Yume Nikki is that you play as a girl named Madotsuki who is an anti social shut in who rarely leaves her house and does nothing other than sleep and play games, kind of like me except she doesn’t have a a blog so I’m better. The crux of the gameplay consists of you wandering around a surreal dreamscape of weird shit to find 24 new forms. There are no battles, no platforming, and no ways to die. The worst that could happen is getting teleported to an area you can’t exist without waking yourself up or using the eye palm ability. There is also no dialogue in Yume Nikki.

As a game, Yume Nikki consists solely of wandering around trying to collect these effects and seeing whatever weird shit happens. You have twelve doors that each lead to different worlds and the game offers no direction or hints whatsoever. There is no structure and it goes against just about every typical gaming convention to ever be established, and I’m… unsure of what to say about the results.

There is a reason that Yume Nikki is free to play and that reason is not just because the developer cares more about the art than profit (although it is clear that is the case to considering that a game like this can only exist from a creative spirit). The reason is because there is no discernible challenge or plot involved and thus no appeal as a product. I tend to be absolutely relentless on these types of “art” games when they charge money for them, as one could see with my review of Gone Home. The reason I am is because putting a price tag on a product ensures that it needs to serve as exactly that; a product. Games are works of artistic expression but they are also products and thus need to have some sort of entertainment value to create a profit.

I have repeatedly stated that my favorite games are those that put artistic ambition before profitability and I really appreciate Yume Nikki in that regard. Unfortunately, there is also a lot of stuff in Yume Nikki that I flat out did not like. It is important to note that without the atmosphere and the surreal sound and imagery, there is little that separates Yume Nikki from Vickinachi. One would normally think that collecting 24 different abilities would mean that these abilities are used to access new areas and more new abilities, but that’s what any other game would do.

Instead, most abilities you get are only cosmetic changes that do virtually nothing, with only one needed to obtain the rest. Granted there are some that make exploring the dreamscape easier such as the bicycle and the frog abilities, but most do nothing of note. Additionally, all 12 worlds are available from the start and the entire appeal is based on its atmosphere.

The art direction is absolutely great at this with a large number of unique patterns and art styles used. The music though, is by far one of the most overrated features of this game. All except maybe one or two tracks in this game are 10 second loops that get repetitive and grating very quickly. I will give credit in that there is a unique sound to them and they are effective at creating an atmosphere, but the repetitiveness of them prevents me from wanting to listen to them in my spare time.

The one thing that I won’t even try to argue against is that Yume Nikki certainly can give off a simultaneously enchanting and ominous atmosphere. One is pretty much doing nothing but walking around, but just the amount of weird and unsettling shit you see is immersing in and of itself. There are a ton of little quirks and hidden details that don’t serve any practical purpose and that if one will miss out on if they just use a guide. The game’s most infamous creature known as Uboa only has a slight chance of spawning in an out of the way area despite how iconic it is in regards to the game as a whole. If anything, it makes a perfect metaphor for the game itself.

That being that you have to assign your own meaning and interpretations to whatever you come across in order to form a serious attachment to Yume Nikki. The problem is that most people only bother to assign their own meanings to works that have something to get attached to. Exactly what is one to get attached to in something that is made with the express purpose of being incomprehensible?

The key issue I have with Yume Nikki is that unique imagery and sound can only do so much. This is especially the case given that without a guide, most of the game will just consist of wandering around the same locales aimlessly and occasionally stumbling upon something new. The way to complete the game is to obtain every ability, but having an objective goal in the first place defeats the entire point of playing if one is just supposed to lose themselves in the strange and surreal dreamscape of Madotsuki’s subconscious.

I have yet to play LSD: Dream Emulator for myself but based on what I heard, it seems to have a better idea of things. In that game, settings and what happened were randomized and unpredictable. If the idea is to get a feel for a setting that is completely trippy and fucked up beyond comprehension, it is much better if there is more variance in the possible results.

I knew there would be a problem with Yume Nikki as soon as I looked up a guide and the biggest piece of advice the author gave was “don’t use this guide.” You aren’t supposed to use a guide because it’s better to just wander aimlessly in this surreal environment, but if you do that than you are NEVER going to finish the game and will simply be retreading the same lands over and over again. Additionally, it probably says something about the effectiveness of the game overall when the only way you can enjoy something is if you don’t see it coming. There was a lot of cool looking stuff in the game that I did not decide to seek out simply because I just did not enjoy playing the game that much and did not care for jumping through hoops with these obtuse sequence.

Lastly, there is the subject of this game’s ending. I already knew what it was before going in and I’m not impressed. The ending is that after you did all of that weird shit in the dream world, Madotsuki jumps off the balcony and kills herself. There is some mild shock value to be had with this, but after having seen games like Actual Sunlight and Doki Doki Literature Club! portray suicide in a much more powerful fashion, one is left just kinda underwhelmed. Hell I wouldn’t be surprised if there were games released before Yume Nikki that had more disturbing portrayals of it.

The reason that it doesn’t work so well in Yume Nikki is because we know next to nothing about Madotsuki that isn’t based on abstract symbolism and even then there’s not much. Even with the hindsight that Madotsuki was suicidal there was still no clarity in what all the cryptic nonsense in her dreams actually meant! Sure it allows for some more interesting theories but it did not make this game any more interesting for me.

It does legitimately surprise me how much crap that people give games like Gone Home or Dear Esther for being walking simulators without gameplay or any sort of draw yet Yume Nikki gets a free pass from these people. I did mention that Yume Nikki was free and that alone makes me hold it in much higher regard, but even though I think it’s a better game than Gone Home, the latter at least had a semblance of a coherent plot, and Dear Esther I was able to get through without a guide.

This is not to bash on fans of the game given that I can at least see some appeal in it, but there are always going to be those hipster types that say I just don’t “get it” as if that is a valid criticism in the slightest. Art is meant to communicate feelings and emotion to its audience. In that way, Yume Nikki IS an example of art but in a literal sense. It is more of an interactive painting than a game. Just from the sights and sounds one sees, people could draw a wide variety of different interpretations from it and it can evoke a variety of different feelings, but all you can do is look at it.

19 thoughts on “Yume Nikki (PC): Abstract Surrealism, but Not Much Else (Detailed Review)”