Well, considering that this was the week of E3, it would definitely make sense that we got a lot of new coverage about games, of which JRPGs and JRPG influenced games are no exceptions. Since our only new release this week was the Steam version of Superdimension Neptune VS Sega Hard Girls, we can just jump right in.

So, starting off with Dragon Quest XI, we have gameplay footage of the intro for the 3DS version and the Delcadar Kingdom for the PS4 version, promotion videos, details on Silvia and Samadhi Kingdom, the bowgun adventure feature, and confirmation that the main game is 50 hours long and 100 hours in total. But still no localization announcement. Thankfully, Square Enix will have something equally exciting for E3 right?

Well, we got Final Fantasy XV VR Fishing, I’m sure that’s good enough right? Well there is also the Episode Pronto update and the Regalia Type-D update coming June 26th. Still would have preferred Dragon Quest XI thought but that would be expecting a AAA developer to actually be in touch with their fans, and like that will ever happen.

We also get an Orchestra Trailer for Kingdom Hearts III. 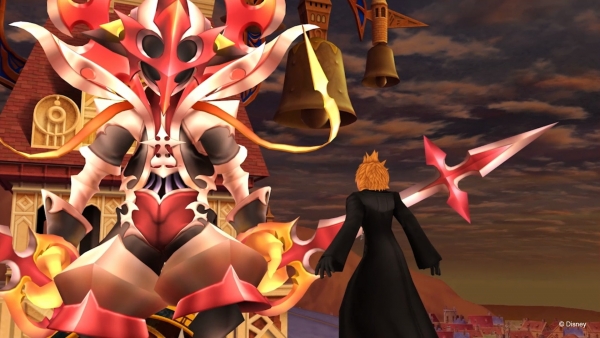 Code Vain has been announced for a worldwide release in 2018 on PS4, XBox One, and PC at Microsoft’s E3 press conference (which seems counterproductive since it isn’t exclusive but whatever). We also get some gameplay footage of basic attacks and confirmation that it “won’t break the player’s spirit.” Well that’s not how you capture the Dark Souls audience now is it?

Omega Labyrinth Z gameplay video released. *Sigh* I really want this game to be localized cause I’m a pervert. Also cause it looks kinda fun, but mostly cause I’m a perv.

And now for another of the major players, Ni No Kuni II: Revenant Kingdom. We get a trailer, some gameplay footage, details about battle system, characters, and locations, online multiplayer, returning characters, and a November 10th release date. The 1st Ni No Kuni is also coming to PC according to Namco Bandai France’s twitter account.

Mario + Rabbids Kingdom Battle finally revealed and surprises everyone by actually looking pretty good. We also get 21 minutes of gameplay.

South Park: The Fractured But Whole gets a new trailer and screenshots

Undertale (yes, i consider it to have enough in common with JRPGs for it to count) is getting released on PS4 and Vita, as well as a physical collector’s edition. I may need to pick this one up. 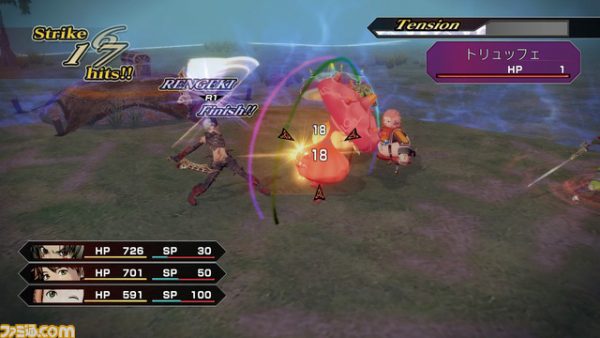 Utawarerumono: Mask of Truth gets a trailer at E3.

Now for another heavy hitter, Xenoblade Chronicles 2. It gets an E3 trailer, confirmation that it will launch in Holiday 2017, a statement about the game by the executive director, and a Kotaku interview (don’t worry, link is Archive) with the same director, Genki Yokota, and Reggie Fils-Amie about changes in localization. Spoiler Alert, “it’s not censorship, it’s localization” and “muh cultural differences” are what it amounts to, along with Jason Schreier being a pretentious piece of shit as usual.

Game Freak is developing a new core Pokemon title for the Switch.

Zwei!: The IIvard Insurrection gets an E3 trailer and new screenshots.

Mario and Luigi: Superstar Saga + Bowser’s Minions, a remake of Mario & Luigi: Superstar Saga on the GBA, has been announced and will launch October 6th. We also get 25 minutes of gameplay. I will admit, I’m interested in this just to see what the final boss theme sounds like with improved sound quality.

Wargroove gets an E3 trailer as well. 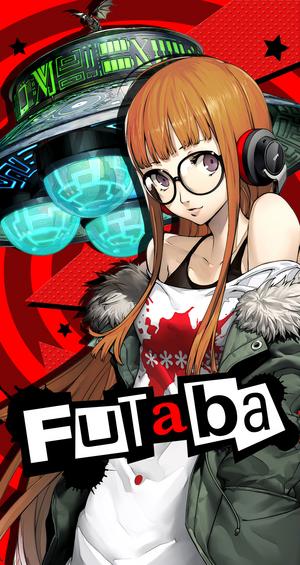 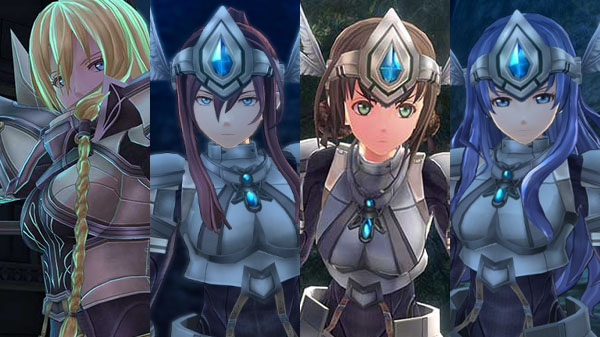 Coven and Labyrinth of Refrain PS4 gets new sreenshots and a puppet show trailer.

Ever Oasis gets an E3 trailer, new screenshots, and a demo.

Official website has been opened for Tokyo Clanpool with details on story and characters. 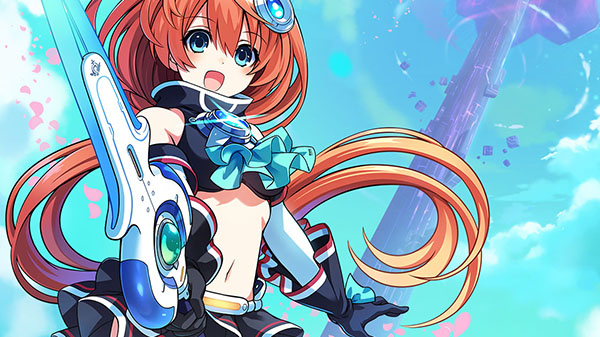 Mistwalker has revealed a new game, has shared artwork of said game, and is holding a live stream event next Thursday.

Sega expresses interest in bringing the Persona and Yakuza series to PC. Hopefully if they port Persona 1, they use the original version and not the bullshit they had with the PSP version. 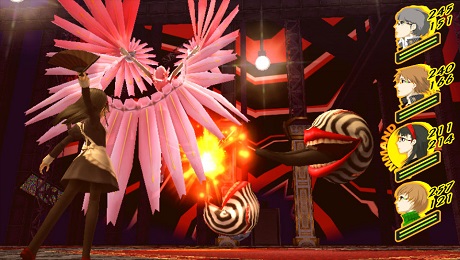 Ys VIII: Lacrimosa of Dana gets a short E3 Trailer.

Lost Sphear will have new features as well as revamped features from I Am Setsuna. 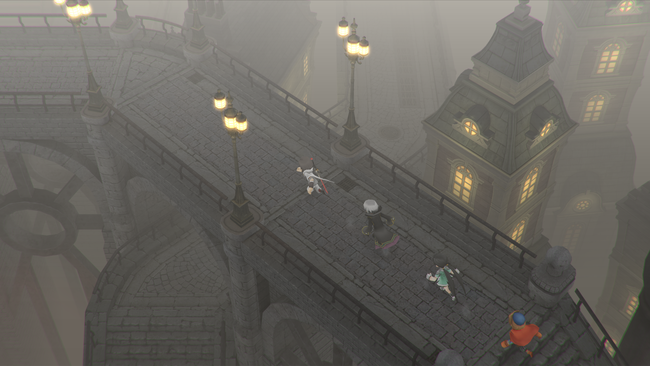 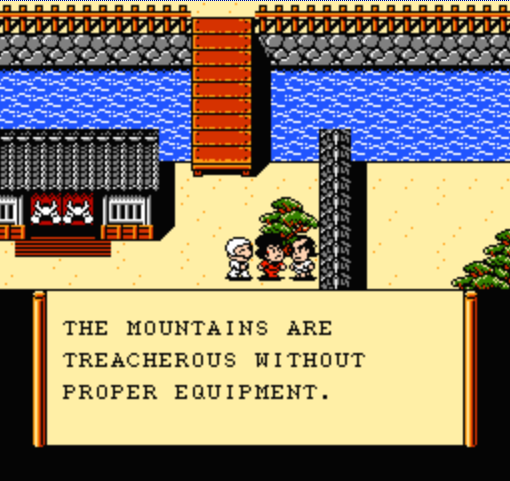 Anyway, I have now decided that I will include Kickstarter campaigns as part of JRPG update for any games that look to have significant effort put into them. As such, my ban on RPG Maker games will not apply as long as the game tries to look like it isn’t an RPG Maker title.

First up we have Funny Story, an RPG that takes obvious influence from Earthbound. Hell the art style and menus are practically the same. As such, I would really like to see this game succeed, but currently, it’s at $624 out of its $22,393 goal with 26 days to go so things aren’t looking good. So if you want to see this game released, I encourage you to donate and share this project with others.

Next is Celestial Faith: Elythia’s Curse.This one looks very traditional, but notably well made. I was actually really surprised to hear it was made in RPG Maker, because it certainly did not look like it. The animation is notably solid and the music is great. It is at $1,920 out of its $18,000 goal with 32 days left so donate and share if you want to play it.

Next there is Aetherea: Lords of the Sky. I was unsure of whether to include this one since it is quite obvious it was made in RPG Maker based on some of the backgrounds, but the graphics are significantly updated from the defaults so this game looks like it could have some promise. Plus, the goal is only $167. It has only gotten $7.82 though and has 13 days left so yeah yeah, donate and share yada yada.

Lastly, there is Ash of Gods. This appears to be a turn based tactical RPG with a heavy element put on branching storylines. There is also perma death, and every death effects the main storyline. This one has definitely had the most support out of the games covered here as it has $47,954 out of its $75,000 goal. Unfortunately, there are only six days left so you know the drill.

Unconfirmed/unscheduled for 2017 (Ports and Rereleases)

If you enjoyed this article and would like to see more like it on a regular basis, then please consider pledging to the Guardian Acorn Patreon page to help support me and this site, or simply sharing my articles on social media and following if you don’t want to spend any money.