TW: A brief facetious usage of the f-slur on my part.

Yeah sorry about being too much of an Earthbound/Undertale fangirl that my last three Amazing VGM entries were related to one of them in some way. As a result, this week’s is from Mega Man X; the much more hardcore and flashy spinoff of the original Mega Man series. It’s not like those old puny 8 bit games with their bleeps and bloops. It instead signifies the FUTURE with its badass head banging synthesized guitar. Now this is the shit. It’s awesome and it can in no way relate to Underta…

*sigh* looks like there’s no escaping it, but I will say that the specific reason I’m doing Spark Mandrill’s stage theme is at least because I just spent a lot of time inserting Amazon associates links into my Mighty No. 9 Review so the first OST to come to mind afterwards is Mega Man X since Mighty No. 9 has a shit OST. So there, I PROMISE you that my motivation is not Undertale related okay? Wait, you’re saying that my absurdly specific denial of Undertale related motivation just makes you more suspicious? But I’m being 100% honest, I have NO plans to shoehorn any Mother or Undertale releases into these articles, just like how Reggie has NO plans to localize Mother 3. Well anyway, here is this week’s track.

Now I likely don’t even have to say much since Mega Man X is considered a classic game that most of you oldies are nostalgic for…heh heh heh it’s funny because being thirty isn’t that old heh heh. But still, it would be boring if I didn’t say anything, so I will say anything, and not just anything, I will say the things that describe why this song is worthy of having things said about it. Yeah I don’t know why I’m suddenly trying to do a comedy act in text format but it will catch on some day.

So first off, synthesized guitar is bad ass, as we have previously established, but I feel like there is more to be said about that. It always feels that SNES instrumentation always gave these songs a much stronger punch to them than with actual instrumentation. This is especially prevalent if you listen to one of the original Final Fantasy IV tracks then listen to one of the remixes for the 3D version. But we’re not here to talk about Final Fantasy IV just like we’re not here to talk about Undertale.

One observation I have noticed about this particular track is that it isn’t even harmonic, yet the beat and the melody are just so addicting that it is easy to miss that. That bouncy base line is just smooth enough that it doesn’t feel too soft or too abrasive, and those drums are killer. The entire song is catchy, energetic, and heroic all the way through, and is pretty much the ideal maverick stage theme. Oh but there is more…

Back in 2005, Mega Man X got a 2.5D Remake on the PSP called Mega Man Maverick Hunter X, and that stuff earlier about remixes in remakes failing to capture the punch of SNES tracks, yeah that was a red herring; this remix is even better than the original. It’s better regardless of whether those nostalgia fucks in the comments section of the video bitching about how “they changed it now it sucks” say. It’s of higher sound quality, it utilizes more complex meter shifts, it has better harmony, and it’s a pretty big upgrade all around. This is coming from someone who has never even played the remake btw so I was in fact introduced to the SNES version first. Oh and by the way, I’m totally serious about this rant. If you like the original better then you are literally worse than Mao Zedong, Pol Pot, Stalin, Hitler, Kim Jong Un, Saddam Husein, Donald Trump, Kanye West, and Phil Fish all put together! 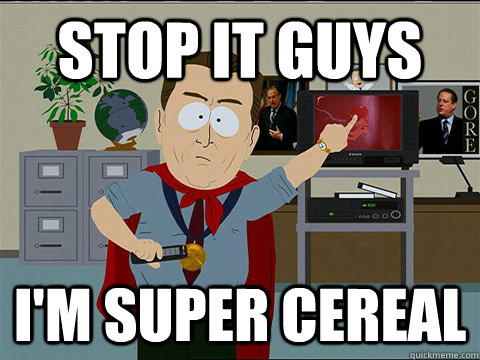 So yeah, I will give the purists credit in that it’s missing the bouncy baseline of the original version, but just about everything else about it more than makes up for it. That meter shift in the second half is just so stimulating, and that actual guitar works so much better here. The original was catchy, but this one is just flat out glorious and I simply cannot get tired of it.

Well I believe that wraps things up see you’ll next week unless we get nuked.