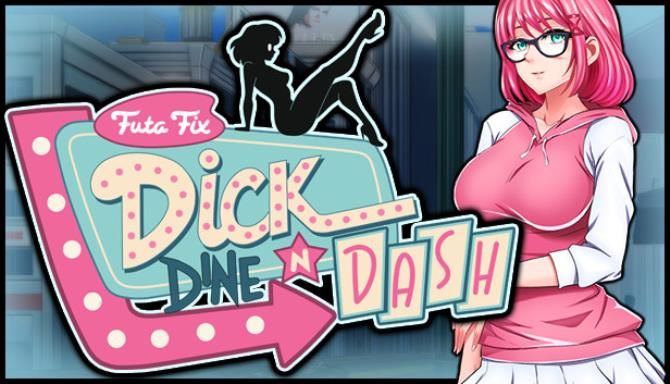 One can’t help but be curious with a title like that, can they? It’s certainly fun to say, and it’s the kind of title that would certainly get you some funny looks when your Steam account tells your friends that you are playing it… not that I’m speaking from experience or anything. I point out this title because it’s something that certainly catches one’s eye, and I think that at least contributed slightly to this game’s high sales figures.

I decided to check out this title on a whim because you don’t see many futanari based titles on Steam. The only other title that comes up when searching “Futa” on Steam is Futanari Quest, and that just links to its Nutaku page despite the fact that it’s not even on that platform anymore either. But yeah, I remember the days when Kindred Spirits on the Roof making it onto Steam uncensored was considered noteworthy, and now we have games like this making it on uncensored.

For those unaware, “futanari” is a hentai tag used to refer to women with both a penis and a vagina, but it is often used to just mean “girls with dicks.” If one is not familiar with me or my writing, then I should add for the sake of context that I actually AM a girl with a dick myself, as are many other trans and intersex women, and opinions on futanari tend to be mixed. They can range from enjoying it to outright viewing it as gross fetishization and dehumanization, and I know plenty of people who fit both categories.

I’d put myself somewhere in the middle in this regard. What I’m getting at is that I certainly find a fair amount of the stuff enjoyable, but the problem is that a lot of it falls into a lot of anti-trans stereotypes and tropes while also being a lot of people’s first and only exposure to women with dicks. Some examples being that they portray women with dicks as aggressive, dominant, and hyper-sexual beings who will stick their dick into anyone that looks at them funny.

This was a very interesting setup because it humanizes Emily as a character and helps the player fit in her shoes. Hell this setup can be relatable to any trans woman who is afraid to socialize with other people out of fear of being perceived as some sort of freak or outsider. There are even a few scenes that imply Emily carries a bunch of self hatred towards herself and questions her validity as a woman because of her newfound genitalia.

But I don’t think any of us are expecting Futa Fix Dick Dine & Dash to be some sort of emotionally charged narrative about living in a world that isn’t made for you. It is, instead, about Emily ending up in as much lesbian hi jinks as possible. And yes, despite what any transphobes may tell you, Futa Fix IS, in fact, a yuri title.

Futa Fix IS, in fact, an all female nukige, and you can’t even use transphobic horseshit as an argument against this because Emily is literally a cis woman, but is is a rather atypical yuri title. I’d actually describe Futa Fix’s sex scenes as “half-way” between that of a typical yuri eroge and a standard cishet eroge; IE Futa Fix does have some of that messy, exaggerated direction that I described a lot of cishet eroge as having, but while also having some of the more soft, and sensual aspects of yuri eroge. It should be noted that both of these are generalizations of their genre rather than requirements, which is why I still consider Futa Fix a yuri title.

I also thought each of the routes were not only sexy as hell, but they were also genuinely enjoyable from a character and story perspective. That’s not to say that this game is some sort of masterwork in story telling, but it was enough that I felt genuinely engaged as I got to know these characters. I also liked how the sex scenes actually felt like part of the story and felt like they occurred naturally as opposed to them being there for the sake of being there.

The art work is also very well done and the characters each have varied and distinct appearances. A few of the sex scenes are also animated, and the quality in these scenes are absolutely amazing. While it was disappointing that not every scene was animated like this, it would be absolutely glorious if a future installment had even more animated scenes. While there were some occasional images that weren’t quite up to par, I am still impressed with the quality of the art and animation in this game.

The game’s interface and UI is also visually appealing, and the game lets you just pick each character’s route from the start rather than making you pick a bunch of choices to deviate from a main story that ends way too early. The routes themselves just have a standard neutral and good ending. Most of the choices are quite obvious and fall into “pick the most perverted option,”

I appreciate that there aren’t any manipulative bad endings that make you feel bad for expressing any personal boundaries, and that the characters all feel like actual human beings as opposed to depraved maniacs whose only character trait is being a depraved pervert. Hell I was initially worried that Rachel was going to go Marie Mamiya on Emily, and even she was respectful of her boundaries. This ultimately has no effect on the quality of the game, but it puts a smile on my face to see this game going out of its way to avoid glorifying abusive behaviors when most of its audience won’t even notice.

The voice acting was also very well done, and each VA gave a really nice performance. I also enjoyed the soundtrack and am hoping that it’s posted publicly soon. There are really only two major issues that I have with Futa Fix overall.

The first of these issues is that the game is buggy as hell and has not had enough time spent on quality assurance. First of all, many players have reported issues with even getting the game to start, often reporting black screens upon booting up the game. I thankfully didn’t have that glitch, but I did experience a bug where the “skip” function would skip all text even if you had it set on the “only skip text you read,” option. I also encountered numerous typos, repeated lines of dialogue, graphical glitches, voice clips played at the wrong time, and pictures in the wrong spots. The game has since been patched, and while I haven’t tested whether or not these were fixed, the fact that there have been less bug reports in the Steam page since the last patch indicates that a lot of them may have been taken care of.

The second issue I had was that, for a game based around girls with dicks, this game isn’t the most trans-sensitive. While Futa Fix did have some moments where it went beyond what one would typically expect from a fetish game, I don’t think it’s asking too much to not have every character’s reaction to finding out Emily’s secret be “Oh, so you’re a man?” and even less to not have Emily’s response being “no, I have both!”

It ends up coming across as at least a little bit hypocritical that the game with a plot about Emily being more comfortable with her newfound genitalia would not backhandedly insult actual trans and intersex people by calling them men. This may not be so jarring if it was just one character that said this, but every character says this to Emily except for one, and that one character is the one that ALSO has a dick!

And for someone who will pull the “but it’s more realistic to have characters actively alienate trans people” argument, you tell me how it’s realistic that Emily or Clover don’t know that trans people exist. Do you really think that someone who magically grows a dick and feels outcast from the rest of the world wouldn’t end up finding out about the trans community through some sort of research about her condition? Do you really think she wouldn’t have at least rubbed one off to Bailey Jay or Natalie Mars?

And while I’m on this subject, I do have to mention that most of the routes in this game gave off a serious “chaser” vibe. It’s quite clear that whoever wrote this must not have met many actual trans people, because a lot of these characters would come off as absolutely disgusting and creepy to a lot of trans people I know. I personally wasn’t quite as effected by this since I’m a literal exhibitionist and kinda get off on being sexually objectified by beautiful women, but that’s not always going to be the case.

But I would be lying if I said that Futa Fix didn’t exceed my expectations. Granted I didn’t expect anything more than some trashy smut, but what I got was some pretty damn good smut. And it also needs to be remarked that there was clearly some genuine time and effort put into it, even if a bit more of it was needed to fix all the bugs before launch. As it stands, Futa Fix is undoubtedly the best game to recommend to someone who is looking for a game that fetishizes trans people, but who doesn’t want to wait another year for Cyberpunk 2077 to get fully patched.