The trend of retro styled “throwbacks” on Steam has been well established at this point. Most of these games only ever try to emulate the style of older games without adding much to the table at all. In some cases, you can still wind up with games that are still fun albeit unoriginal. This, however, is not the case with Venusian Vengeance. Instead of being reminiscent of classic NES titles, Venusian Vengeance more so resembles cheap low budget titles that were only played because the box art looked cool. Granted Venusian Vengeance isn’t LJN bad or anything but we really should not be having mediocre licensed NES games in 2015 (or in 2012 when this game was originally released on Desura).

I normally do not feel the need to talk about the story in these types of games considering the focus is on the gameplay, but I feel a special mention should go to this game’s plot. The game takes place in an alternate history where the Soviets won the space race and have successfully colonized Venus, and the Americans have sent you to capture said colony. Anyone with at least a high school level knowledge of astronomy should be able to tell that this is impossible.

To quote the Wikipedia page on the atmosphere of Venus,

“it is composed primarily of carbon dioxide and is much denser and hotter than that of Earth. The temperature at the surface is 740 K (467 degrees C, 872  degrees F), and the pressure is 93 bar (9.3 MPa).[1] The Venusian atmosphere supports opaque clouds made of sulfuric acid, making optical Earth-based and orbital observation of the surface impossible.”

Yes I am looking a bit too deeply into an excuse plot but considering that one of the most notable aspects of this game is its Venusian setting one would think our developers could have at least looked up a Wikipedia page. This is even more grating since there was no other reason to choose Venus in the first place other than a last ditch attempt to make it seem like this game offers anything of substance; Martian Vengeance just sounds bland.

The graphics in Venusian Vengeance are flat out ugly. The colors in the game are made up mostly of brown, green, and purple and are just unpleasant to look at. Well I guess maybe this game is more modern than we thought. There is no other distinction between levels either aside from said color palettes. The enemy sprites also look very bland. The music initially sounds pretty cool, but the arrangements are very grating and hard on the ear, and they will get irritating quickly. Venusian Vengeance is a top down scrolling shooter where you control one man, similarly to something like Ikari Warriors. Unlike most retro “throwbacks” however, mouse controls are implemented in which you use the mouse to point in which direction you will be shooting. This means that it is actually possible to move forward while shooting in a direction other than forward, which is a nice feature. Unfortunately, that is as interesting as the game gets.

There is no sense of depth or engagement to Venusian Vengeance’s levels and they are all about as shallow as they look. Each of these levels consists of you walking forward, shooting all the enemies then moving forward some more. A majority of the game possesses no strategy and is just about mindlessly mowing down enemies. The few parts that do have strategy to them consist of hiding behind cover and picking off enemies slowly. There are a few powerups that tear through enemies faster and there are easy boss battles that follow simplistic patterns, but there really is nothing interesting. 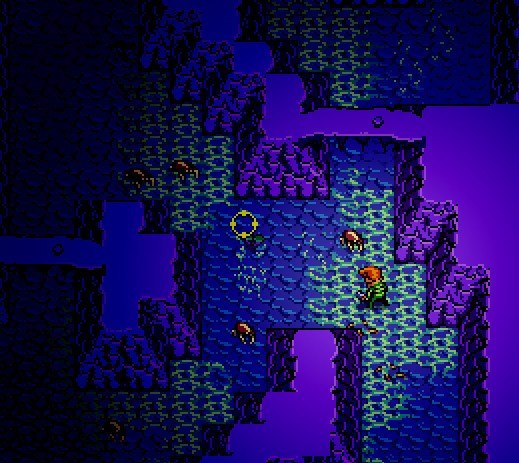 Now some could claim that there is a bit of a mindless fun “turn off your brain” appeal to this game, but in order for that to work the game needs to lend itself to that approach. In something like Earth Defense Force you are tearing down loads of giant insects that you can see for miles with increasingly inventive weapons. In Venusian Vengeance you have a few enemies per screen on dull backgrounds. The game is also over in about an hour so there is little in terms of content.

I will admit that I did have a small amount of fun with Venusian Vengeance at first but such a thing wore off rather quickly. Venusian Vengeance is just plain shallow. There is no amount of depth to it and nothing that really remains interesting, and it is ultimately forgettable. The only thing remotely memorable about this game is some of the music, but even that is ruined due to grating arrangements. However, the soundtrack is on Bandcamp and can be bought there, and I’d actually recommend it more than the game itself. As for Venusian Vengeance, I’d pass on it. Even at its reduced price of $4.00, you still aren’t getting much.

This review was originally posted to GameFAQs on March 27th of 2015 and has since been re-edited with enhanced presentation.