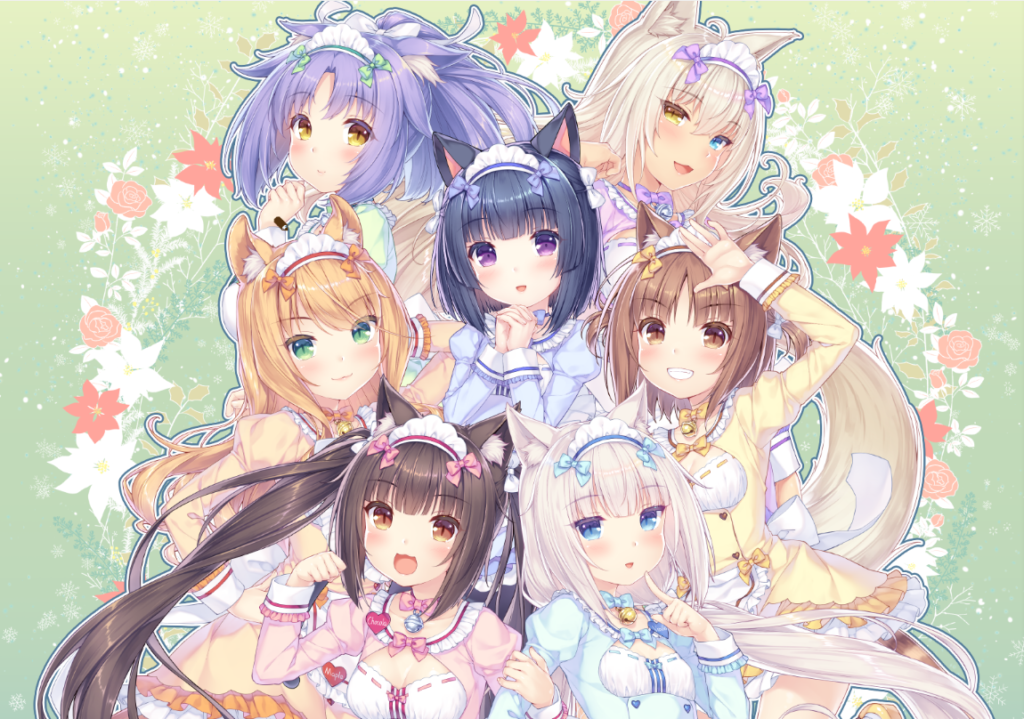 It has been almost six years since I reviewed Nekopara Vol. 1. The first Nekopara was the first eroge that I ever played, and it set the standards for what I expect out of the genre. With how much I’ve gone through and changed the past few years, it’s always interesting to come back to this series and see if I still like it. I was a bit more critical in my reviews of Nekopara Vol. 3 and Nekopara Extra. The latter especially since I didn’t speak much about the events of the game, and more about the series in general. There was a brief period where I fear this series jumped the shark, but those fears were proven to be unfounded.

I mention this because the Nekopara series has a sense of maturity that most of these weeb titles lack. Yes. its core premise still involves keeping women as pets, and has some sort of pseudo-incest/bestiality themes in any of the NSFW editions. However, I’d say it’s more comparable to saying that Pokemon is cock fighting, or that Toy Story is pro-slavery propaganda. I say this not in the sense that these observations aren’t valid, but rather to put things into perspective.

I didn’t become a feminist because I wanted to be a stuffy academic who looks down on people enjoying the wrong things. I became one to help people and to better understand the world around me. Unfortunately, I often get the impression that some of my colleagues are judging me based on my interests. While I don’t get as much backlash from these people as the anti-feminist right would lead you to believe, it’s still enough to keep me on edge. Despite this, games like Nekopara have far more leftist fans than one would expect, and I can see why.

In my review of Nekopara Vol. 3, one of my main criticisms was with the trashiness of the sex scenes, and how they felt creepier and more forced than the first two games. Vol. 3 had a borderline rape scene that made the otherwise touching story more creepy than anything. While Nekopara Extra had nothing wrong with it’s story, the game’s interface did allow you to touch the chest of a very young Chocola and Vanilla. During moments like these, it feels like Nekopara is trying to toe the line between genuine artistic depth, and perverted otaku pandering.

Apparently Neko Works must have heard this criticism, because the sex scenes in Nekopara Vol. 4 were a major step up. If one doesn’t want to see the sex scenes, however, one can choose to see a standard fanservice scene instead. Despite the fact that these fan service scenes have unique illustrations and dialogue, I still can’t imagine playing this game without them. The safe for work variants of these scenes felt like there was something missing from them. This is naturally a total 180 from Vol. 3, where I specifically recommended the All Ages version.

What makes things better is how much Neko Works stepped EVERYTHING up for this game. The animation is beautiful and could pass for a high budget console title. The new music is not only great, but the returning tracks were used better than in previous entries. I was surprised to find out that “Nyanko to bansan” was from Nekopara Vol. 2 despite the fact that I played Vol. 2 myself. Granted I can barely remember anything about Vol. 2, but its use in Vol. 4 was genius. Not only does it make Aibyou feel less overused, but it also fits the scenario (which I’m not spoiling) so well!

The one exception to this is the opening song, which I’m convinced was created by an AI out of bits of every J-pop opening theme ever. Everything in this song is generic as hell. The instrumentation, the chord progression, the vocals, and hell even the title “SWEET×SWEET” sounds completely unoriginal. I can’t even understand the lyrics, yet they still sound like I’ve heard them before. This song is the level of bland that’s usually reserved for car commercials and political ads.

The writing and the pacing is a significant improvement on the previous games. While I liked every entry in this series, it is easy to see how much Neko Works has improved their craft over the past five years. In contrast to the previous three games, Nekopara Vol. 4 is centered around Kashou himself. While the previous games were about Kashou helping the catgirls overcome their own problems, Vol. 4 is about the inverse.

Early in the game, you are introduced to Kashou’s parents for the first time. While Kashou’s mother Awayuki seems kind enough (although they subtly hint that Shigure’s incestuous tendencies come from her, which is still pretty creepy), his father Suhama is a total hard ass. The plot follows Kashou’s attempt to make a dish that will impress even his father, which requires him to return to France to meet his mentor.

While there was a rather predictable twist at the end involving the relationship between Suhama and Kashou’s mentor Beignet, the story was engaging and I was highly invested in it. The story may not be the most original, but it is well told and has a lot of personality. I also thought it was a nice callback to the first game to show that Kashou’s core flaw is still trying to do everything himself.

I also quite liked how each of the catgirls were implemented into the story. A lot of amateur stories will sideline whichever characters the story isn’t focused on, but that is not the case in Nekopara Vol. 4. Every character has a decent amount of screen time, and all of them contribute to the story. Despite the silly premise of this series, the story and dialogue is consistently well written, and the story, characters, and locations feel real.

I am struggling to come up with any serious flaws with this game. One small criticism is that the skip function is a bit slow compared to a lot of visual novels I played, but the game is mostly kinetic anyway. The only reason one would encounter this issue is if they want to see both variants on the sex scenes, and they didn’t save before the “is anyone else in the room?” prompts appear.

Nekopara Vol. 4 best stands in contrast to the previous installments. Seeing how these characters grew across six different games makes their growth all the more significant. If someone hadn’t read the previous installments, then the emotional impact would naturally be lessened. It is also fitting that the only flaw with this game is the same that applies to the series as a whole.

Nekopara was clearly intended as a fanservicey weeb game made to appeal to lovers of catgirls. I’ve already talked about how weird the implications of the series premise are, and there will be people that just can’t get over that. There are a lot of people who are outright prejudiced against ecchi/hentai games, and refuse to judge them on their own merits. As a feminist in a male dominated niche fandom, I can always understand taking the piss out of creepy otakus. However, there is a reason that games like Nekopara are so successful.

Some of these games may use fanservice to get you in the door, but it ultimately comes down to whether or not it’s a quality game. I won’t say that Nekopara is comparable to classics like Clannad, Fate/Stay Night, Steins;Gate, Higurashi, Say no Uta, or Totono, (partly because I haven’t read half of them), but I’m becoming increasingly irritated with snobbery regarding slice of life media. If you can’t see the artistic value in something unless its Citizen Kane, you’re a hack critic who has shit media comprehension. And if you judge someone for consuming anything that isn’t “high class” or “pure” enough, then you’re a piece of shit.

Yes, I’ve dealt with some toxic people in both anime fandom and feminist circles, and I’m glad I got that off my chest. Anyway, Nekopara Vol. 4 is easily the best game in the series. Just about everything from the previous installments is improved, and I enjoyed every moment of this game. I’m immensely looking forward to the future of this series, and I greatly anticipate Volume 5. Yes, I will be playing the otome game as well.