I’m not entirely sure how to feel about Dear Esther. I did enjoy it to an extent, far more so than I have enjoyed games influenced by its design. Specifically, I really enjoyed the graphical design and the music of the game, and the story actually had some layer of depth to it. Despite this though, I still did not find myself satisfied with it at the end of the day. It may be pretty, it may sound nice, and it may show some level of competence that was not shown in games like Gone Home, but it still does not change the fact that it is still a gameplay-less walking simulator that is over in less than two hours.

While the story does have some amount of depth to it, it is not a story that is particularly entertaining to see play out. The reason for this is due to the abstract nature of the plot. Dear Esther is not like any traditional form of storytelling that puts you in the perspective of a character and tells a story from his or her view. In Dear Esther, you do not even know who you are playing as or who the narrator is. In fact, you never see any characters in this game. There are no cutscenes or anything; it all just consists of walking forward and narration. 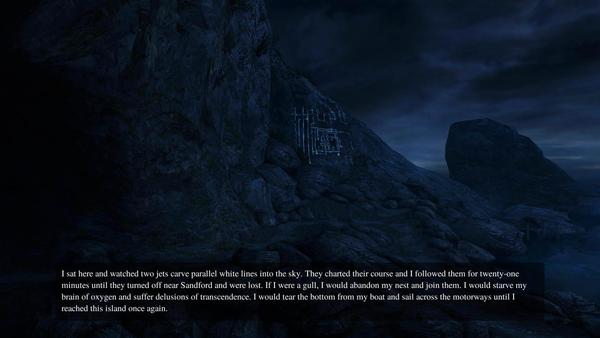 It is because of this that Dear Esther does not even has as much depth to it as a movie or visual novel of the same length. The story could still have been told as a forum post with what was provided due to it just being a series of paragraphs read to you as you walk forward. Despite this game having a “subversive” nature to it and appealing to the type of people that say stories should be told through methods other than cutscenes, Dear Esther’s story progression still is not all that different from regular old cutscenes.

The story’s narration is basically used as bread crumbs in order to indicate which direction the player is supposed to walk in. There is no reason given for the player to ever explore their surroundings, nor is there any gameplay that does not consist of holding the up arrow. If one wants to be technical, even Gone Home had more depth to its gameplay. One could pick up and examine items in that game, and they would provide more background and lore on the experience. If it were not for the fact that Gone Home had horrible pacing and a tedious plot, I would be tempted to say Gone Home was better.

The exploration is done using standard FPS controls; you move using the WASD keys and move the camera using the mouse. Unlike with Gone Home, I encountered very few issues with these controls and it ran fairly smoothly. However, I did find it irritating that there were several areas that were basically blocked off by invisible walls that the player would be able to move past in any other game. There are no puzzles, no exploration, and pretty much no gameplay of any kind involved in Dear Esther, and pretty much the only form of engagement comes from the scenery and atmosphere. 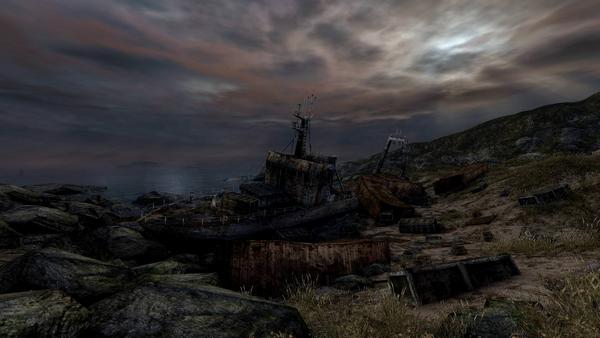 In terms of said atmosphere, Dear Esther is mildly effective in that it does feel somewhat calming to walk through a lit up crystallized blue cave. The music is also very soothing and is quite effective, although it is not necessarily memorable or catchy in any specific way. As for the game’s actual storyline, the key issue that keeps it from being engaging is that there is no play for the player to get invested in. The player can certainly be drawn into the scenery, but not the narrative itself.

When we don’t even know who we are playing as, there is not much for the player to connect to while playing. The story, while having some small amount of depth to examine, is one that requires the player to piece together themselves in an attempt to figure out what happens. Normally with these types of stories, there would at least be something provided that the player can base their assessments on, or at least something that makes the player want to make said assessment in the first place.

In Dear Esther however, one needs to go into the game looking for an abstract plot to piece together, which is the storytelling equivalent of ordering a burger at a fast food restaurant, and being given the individual ingredients and told to make it yourself. It ends up being more trouble than it’s worth and you likely won’t even end up enjoying it as much as if it is made for you. 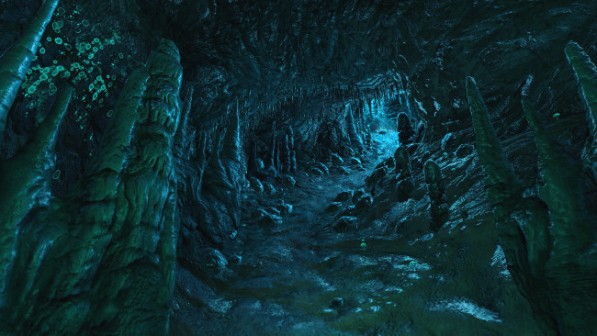 In the end that’s all I can view Dear Esther as; a game that I can’t really see as good or bad. It more so just tends to exist, and apparently that is enough for people to like it. People act as if these types of things are the evolution of storytelling in gaming but all it does is confirm that we need the elements that were always used in the first place. Innovation is not removing features that were always necessary to begin with; it is adding new features.

It turns out that even when most of the features could create something good and are executed in a remotely accessible way, the end result is still pretty lame. I wanted to like Dear Esther more than I did, especially since I am starting to sound like a broken record with my reviews of walking simulators. I am pretty sure that the only thing playing Dear Esther did was confirm that I just do not like this approach to gaming in general and that it was not just a few individual examples. I can give Dear Esther credit that I can at least recommend this game to fans of this specific sub genre, but I don’t know what else to really give to it; but it isn’t like it gave me much either.

I would like to clarify that this review is of the original version of Dear Esther and that I have not played the Landmark Edition. From what I hear however, there doesn’t seem to be much of a difference other than remastered visuals and sound. Also given that this review was written close to three years ago I may get them mixed up but the point is that this review should still apply. 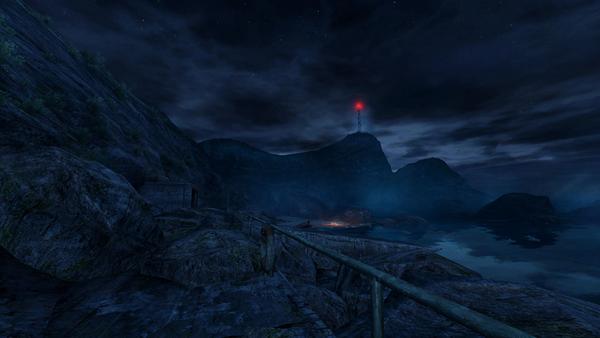 As for the review itself, I should also make some corrections in that I referenced Gone Home having a horrendous control scheme when it was actually due to the fact that my shitty old computer liked like hell. Nonetheless I do still think Dear Esther is the better game given that there were some moments that I got drawn in and it was not quite as much of a tedious chore as Gone Home.

I do regret framing this game as why I don’t like walking sims given that my experience with The Beginner’s Guide I know that it is possible to make not just “passable” walking sims but also amazing ones. Dear Esther is just a bunch of vague incomprehensible nonsense. Hell I think that sums it up the best.

This review was originally posted to GameFAQS on February 9th of 2016 and has since been re-edited with enhanced presentation.