Heavenly Guardian seems to have been a game that was a victim to some pretty poor reception if its metacritic page is any indication. Ultimately I would have to say that, while criticism towards this game is not entirely undeserved, it is a bit much to claim it is a bad game because of it. A lot of these reviews simply made claims that the game was “dated” and touched on production values rather than talking about important gameplay elements that can make or break the game as a whole.

For starters, I seriously question if any reviewer who said that this game looked like an SNES title actually played a game on said system before. Something important that needs to be known is that being 2D is not the same as being technologically inferior. It is this type of logic that originally lead to Sony from blocking 2D games from being localized. It is the same type of logic that tried to force 2D series into an unnecessary 3D transition that ultimately resulted in terrible games. It also ignores the artistic merit of anything sprite based.

From an artistic standpoint, Heavenly Guardian is a very pretty looking game. Each of the levels are nice and colorful as well as have their own unique and distinct look to them. The enemy sprites are also nice and expressive and give off a unique charm. Yes the game is pretty low budget, but I have mentioned in the past the dangers of expecting lower budget titles to be as technologically advanced as AAA titles and how doing so will discourage the creation of mid market titles in general. Such a thing also reinforces a graphics over gameplay design perspective that has resulted in some questionable creations over the years.

Either way I’m going to try and avoid focusing on the game’s reception from here on out since I’m not exactly the biggest fan of it myself and it is more so the reasons why that bother me. The presentation is serviceable considering the game’s low budget status, but it is the gameplay that is the most important in a game like this.

The gameplay is a scrolling shooter that can best be compared to something like Ikari Warriors or Heavy Barrel. You have a top down view and can shoot in eight directions at enemies that come towards you. You also get multiple power ups that can change which weapon you use to fight off enemies. Unfortunately Heavenly Guardian suffers from the Ghosts ‘n Goblins flaw of having most of these weapons be less useful than your normal attack. Your bomb attack may be more powerful, but you can fire off only one at a time when you will often have multiple enemies on screen.

The only useful powerup is your spread gun equivalent which lets you mow down multiple enemies, but considering that such a vital powerup is lost whenever you lose a life it ends up not helping very much. Of course some are going to say “well it’s a powerup, of course you can’t hang on to it.” The problem is that the powerup serves the purpose of making the game more manageable and convenient, not making it less difficult; IE something that should be easier to obtain and less easy to lose.

The length of the levels is also a problem. Specifically I found that the second level could go on for over ten minutes, and every time I got a game over on the boss I just shut the game off rather than starting the level over again. This is while the first level was fairly manageable and could be over in a few minutes. I will disclose one thing in that I did not get very far in Heavenly Guardian, mostly because of one fatal flaw that between this and the aforementioned length of stages killed the game for me.

The key flaw with Heavenly Guardian is that there is no save system, meaning you have to beat everything in one sitting. I can accept the fact that the game was low budget, but that is not an excuse to not include a feature that technologically inferior games have been including for years. It does not matter if one could beat the game in a few hours, there is no excuse to force the player to leave the system on and risk the game crashing in order to pick up where they left off.

It is a shame that such a flaw with the game was present because I actually did have some fun with Heavenly Guardian. The levels are decently designed if taken on their own, and I imagine I would have had kinder things to say if I did not need to jump through so many hoops to just play the game normally. It is always a shame when one fatal flaw kills a game outright, and it is even worse when reviewers neglected to mention this and instead focused on cosmetics. 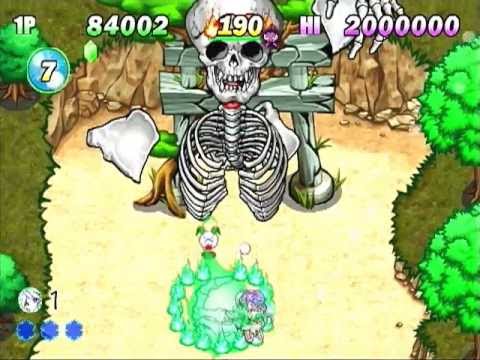 All that such reviewers will do is say that this game is a serviceable and well made retro throwback and that, despite the tone of the review in question, will encourage them to buy it. As for whether or not I can recommend it, the answer is a pretty big maybe. If you are the type that regularly marathons games for multiple hours and are interested in this game regardless of what I have previously stated then it is recommended. Otherwise I’d pass on it.

If you are interested in trying out Heavenly Guardian for yourself, it can be purchased here (PS2) or here (Wii). You can also get it off of PSN if you have a PS3.

This review was originally posted as a GameFAQs user review on March 31st of 2016 and has since been re-edited and given enhanced presentation.