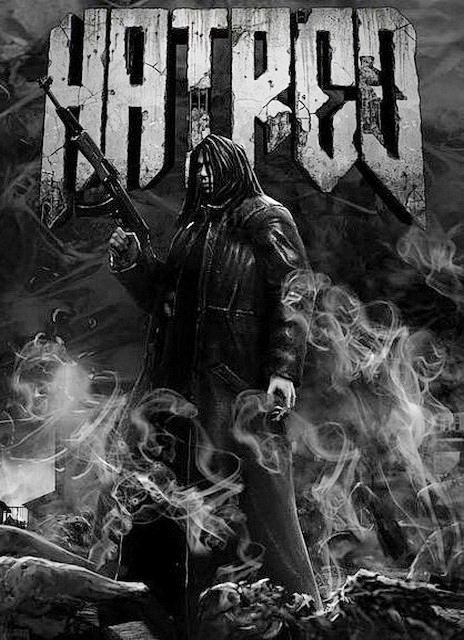 I’m sure if a few of you thought back to a few years ago, you’d remember a certain title that stirred a lot of controversy for its violent content yet was almost immediately forgotten afterwards. That game was simply titled Hatred and was about a guy with long black hair and a leather jacket going on a killing spree. When it originally came out, I was interested in it but could not play it because my computer was old and crappy which does not work out well when your game is known for being a tremendous resource hog.

Believe it or not though, my interest in Hatred was a bit beyond merely spiting neo Puritans that proclaimed the game a “murder simulator” and proceeded to advocate it getting banned. If I must be honest I find both sides absurd in how they reacted to it. Considering that most of this outrage was before the game was even released and thus before anyone could take the context of the story into account, it was egregious that most of the gaming press proceeded to harp on this game for its extreme violence despite the fact that it really is not that much worse than something like Grand Theft Auto.

Yes I fucking went there; Hatred does NOT deserve its AO rating and the only reason it got one is because its developers more than likely tried to play that part up when submitting it to the ESRB. I’ve played games from the 80s that were more graphic or violent than Hatred! Hatred’s premise is also stolen directly from Postal 1, a game from 1995. I haven’t played that game but I’m certain it’s an infinitely better title than Hatred.

Anyway Hatred was largely successful because of controversy, but over time people caught on that it was a mediocre cash grab and its price dropped from $20.00 to $10.00 and later to $7.00. I got it on sale for $2.00 just to finally satisfy my curiosity and refunded it after playing it for about an hour. The one thing that is quick to note is that the game gets repetitive VERY quickly. I will clarify that I only beat the first stage and got bored halfway through the second one so it CAN be possible that it got better later, but these types of games rarely do. My problems with the game were its core gameplay and set up, it would have to do a LOT to make up for the problems displayed from just the first level.

There could have been some merit to the storyline if it was cleverly written and I was hoping that totally not Nathan Explosion’s backstory and character would be expanded beyond “he’s fucking nuts and wants to kill everyone.” It would have been interesting if there WAS any character or personality he has, but he said it himself “my name is not important.” Based on the admittedly well executed art direction and audio, it’s clear that the game wants the player to be disturbed by Notim Portant when he shoots a cowering civilian in the face without showing any shred of emotion. The problem is that the game actively dehumanizes its civilians into random dummies for you to soak your bullets into.

The writing is the type of cringe worthy forced edginess that I haven’t seen since Shadow the Hedgehog. If i’m being honest, Shadow actually came closer to being shocking and gritty than Hatred did because it at least had a fucking plot to speak of. Shadow the Hedgehog at least did have some fairly surprising moments such as an ending where Shadow outright murders Eggman and where you almost see aliens feast on the flesh on the cast. While the plot was painfully cringeworthy, there is at least a surprise factor of it being in a light hearted kids franchise. Despite having an E-10 rating, it comes closer to being disturbing than a game with an AO rating. That’s how ineffective Hatred is at the only thing it ever tries to do.

Our main character does nothing but spout one liners whenever he executes someone like he is a bizarro universe version of Duke Nukem and his voice actor even sounds similar to Duke’s. The voice acting coming from the civilians is also hammy as Hell and does not sound remotely convincing. Hell I could also go into the ableist implications of said civilians yelling “HE’S INSANE” as if mental illness and malice are one in the same, but for all I know that may be what the game was trying to do. But fuck it, plenty of works make this mistake in earnest so let me just explain why it is bad. 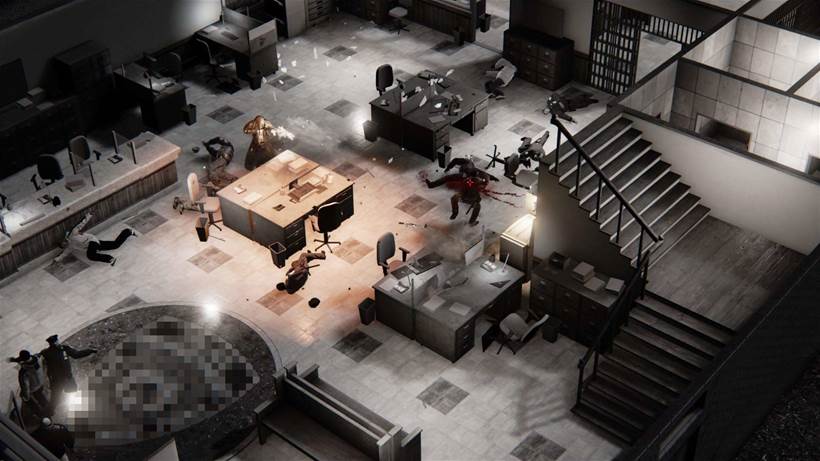 The game is titled “Hatred” because hate is Not Important’s sole motivating character trait. He hates the planet and every living being on it and he wants to kill them all before he dies himself. Are we ever given any reason WHY he hates everyone? Of course not, all that matters to this game is the shooty and stabby.

The reason that this game likely touched such a nerve with so many people is because of how similar Notimpor Tant’s motivation is to actual spree shooters. You notice how these shooters are always straight white cis men while women and minorities don’t make the headlines nearly as often despite, having faced increased marginalization and hatred themselves. The reason is not because cishet white men are those most marginalized of all like many scumfucks say, but rather because being a cishet white man are marginalized as well… but not as much. Having an inherent advantage over other groups yet still being abused yourself tends make one feel entitled to take their rage out on those they deem inferior and stand up to them.

The short version is that Noti M Portant is the culmination of “rational centrism,” the literal “I hate everyone equally” guy, as if those that have suffered even more under the same system that drove him mad. It’s a highly immature view of life and ANYONE who engages in these types of actions are sickening people who deserve no sympathy.  Yes this even applies if they are teen school shooters. And here we have a game that hits too close to home.

No Teen Port Tent isn’t “insane,” he clearly knows what he is doing is horrible but does so anyway. Every time someone tries to sympathize with a killer because they were abused or mentally ill, they discredit people who actually DO struggle with mental illness and often do carry serious resentment, but decide use it to better themselves and help make the world a better place. We frequently choose to blame a scapegoat instead of admitting to ourselves that there is a problem with the society we live in. While those that hurt or kill others deserve no sympathy, it does not change the fact that maybe mental health care is important and that we should start emphasizing it BEFORE people go on killing sprees.

But no, we can’t have any of that now can we? The violence isn’t what is offensive about Hatred more so than the moral implications of it. The developer literally created the game in response to there being too many “art games.” This game is intentionally devoid of artistic merit and it revels in it. It wants to do nothing other than offend and shock, and there are few games that represent such a lack of creative vision than Hatred. That is not to say there are no finer points to it (as I said, the animations and audio are pretty good), but it was the decision to do next to nothing with it that irks me so much.

As a game, Hatred isn’t the worst that I’ve played, not even close. Gameplay wise I did get a bit of mindless fun out of what I played. It is competently designed and there CAN be some catharsis value I suppose. I haven’t talked much about the gameplay because of just how bland it is. The game is a twin stick shooter that wears out its welcome very quickly. I really can’t say anything more than “it’s repetitive” which in my experience can be substituted with “addicting” if there is enough of an engagement factor, but it could also be because I didn’t play much of it.

It took me close to an hour to beat the first level because of how much time was spent walking around trying to complete side missions that give you respawn points in case you die, because otherwise you need to restart these overly long levels again. There was also a major problem in that the prompt to execute someone and restore your health doesn’t always show up and it’s down to luck which is not good if you are low on health and have the police firing on your ass. There is also the fact that the game did not list how many grenades or molotov cocktails you had on you.

But there’s not much else I can say. Hatred was popular for a brief bit but then everyone forgot about it because the game just isn’t that great. What I dislike about it is less the game itself (although I do dislike it) and more so what it represents. I’m certainly not going to say it will inspire anyone to do any spree killing, but I can imagine it wouldn’t do much to stop them either. Yes I know it’s not their job to do so, but there are far more factors that go into these things than just “crazy person wants to kill us all.”

Hatred is best summed up with the Confucius quote “when a wise man points to the moon, the imbecile examines their finger.” Instead of asking any questions or making us think about ourselves at all, Hatred just seeks wallow in tastelessness and shock value. Said shock value isn’t even good shock value either since it’s been outdone by several games that preceded it. They often say that there is no such thing as bad publicity, and the developers of this game seem to agree with that statement though. I on the other hand, would feel rather ashamed of if this game were my legacy and would prefer being forgotten entirely by comparison.